With the playoffs starting this weekend with the wild card games everyone is trying to pick their brackets and the predict the super bowl winner.  In this post I will present our predictions from our Football Prediction Matchup (FPM) model with Vagelis.  Using the win probabilities given from FPM (which will be explained in detail of another post) we simulated the playoff matchups 100,000 times.  In these simulations we also incorporate the uncertainty with regards to these probabilities. Then the probability of team X winning the Super Bowl is simply the fraction of simulations where X won the trophy over the total number of simulations.  Our results for the AFC and NFC championship, as well as the Super Bowl are presented in the following figures.  It appears that FPM gives the Falcons     (a not very discussed team) with the Patriots as the most probable Super Bowl matchup!

After the WildCard weekend

Updating the simulations after the wildcard games we have the following probabilities. 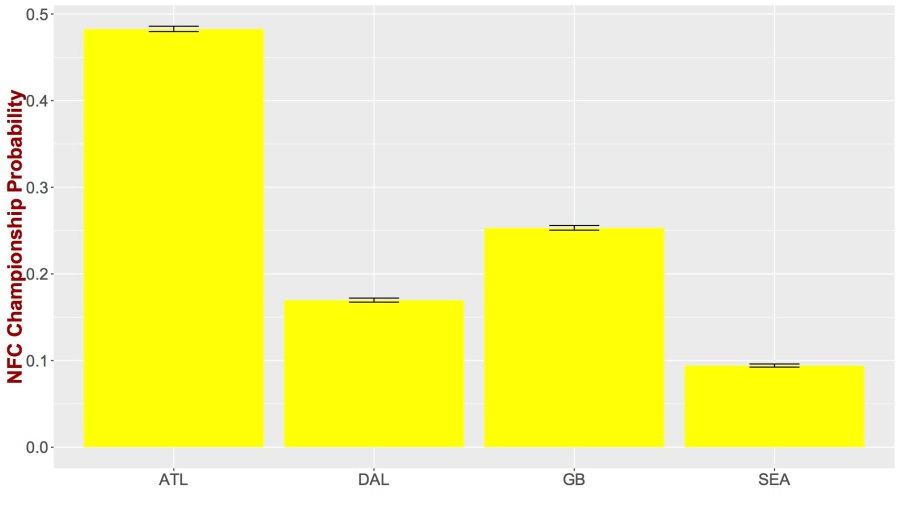 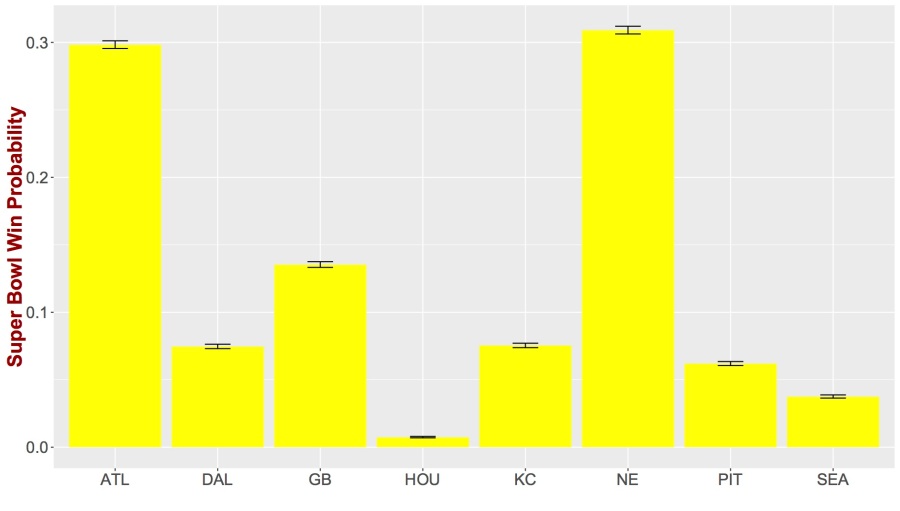 After the Divisional weekend

We are down to 4 team left – the ones projected by FPM, with the exception of the Steelers that they were a coin toss; just as it happened.  Every team wants the Lombardi trophy but only one can prevail.  Following are the probabilities of each team getting the trophy.

Also the following graph shows the most probable Super Bowl matchups.  Even though Pittsburgh vs Green Bay has the lowest chance of being THE match, I really hope for a rematch of Super Bowl XLV!

The time has arrived. FPM predicted correctly from the beginning the matchup of Super Bowl 51 and not it remains to correctly predict the ultimate champion as well, who is projected to be Atlanta with a 54% probability!