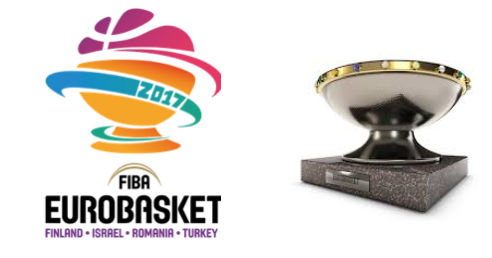 With the Eurobasket 2017 tournament under way, I provide regression-based ratings for the teams. Every team T will be assigned a rating r(T) (to be found) that represents how many points better (or worse) the team is compared to an average team, which will have a rating of 0.  Using these ratings we can project an average point spread for team A in a game between team A and team B, as r(A)-r(B).  We can update these ratings by minimizing the squared error between the actual win margin and r(A)-r(B). We cap the win margin to 20 points, i.e., any win above 20 points is regressed to 20. This is done in order to avoid the impact of teams running up the score in blowout wins, which will be much bigger in a short tournament like the Eurobasket.

Furthermore, the actual win margin between teams A and B  follows a normal distirbution with mean equal to r(A)-r(B) and standard deviation approximately 8.5 as the data show. We can then use the normal distirbution to obtain win probabilities (similar to the way that Stern obtains win probabilities for American football games).  But enough with the method (if  you are interested in details you can drop me a line) and here are the ratings after the first 4 games in the group phase.

Basically, Spain is 18 points better than an average team, while Greece and Georgia are the avearge teams in this tournament, with one game left in the group phase.

Now that the group phase is over here are the final ratings before the knock-out phase.  I have further simulated the rest of the tournament 1,000 times using these ratings and I also provide the championship probabilities for each team.  As you can see Spain is the overwhelming favorite with Croatia having some decent chances as well. (Probabilities will be updated as the games progress.) 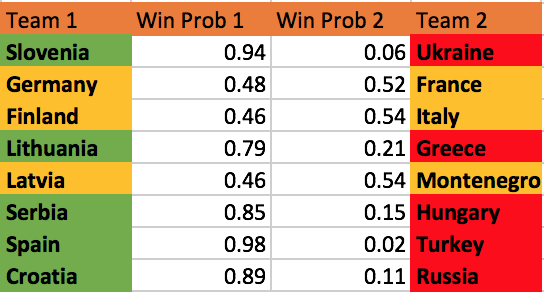 The round of 16 is over and with two “surprises” coming from Greece and Russia, qualifying for the quarter finals.  The probability of seeing this matchup was about 2.2%, but in a short tournament underdogs will stun the favorites more often than in a full-fledged league. Following the games in top-16 we have the following updated ratings.  Notice the emergence of Serbia and Latvia as well as the drop of Spain despite its win.  The ratings are based on minimized the squared errors of the actual win margin with the expected one, so underperfromance will penalize your rating, and when the games are few (as in a tournament like Eurobasket) the ratings can quiet flactuate.  This is not necessarily bad, since the variance is integral part in knock out games.

Quarter finals are now over and we have the final-4! As expected Spain and Serbia qualified easily, while Russia needed Greece to shot 50% from the free throw line to get the ticket for the semi-finals.  Finally, Slovenia beat Latvia at a very close and possibly the most exciting game of the tournament yet. Following are the ratings after the quarter finals.

As we can see Spain is ranked first very close to second Serbia, while Slovenia follows closely third. Latvia is still high in the ratings! Despite the fact that Spain is half a decimal point better (!) than Serbia it has 2% less chance of getting the  trophy at this point. The reason for that is the tougher matchup that it has to face in the semi-final as compared to Serbia.  Following are the semi-finals win probabilities. It will be a great final-4!

Slovenia hammered Spain in the semi-final and will face Serbia in the final.  The pre-final-4 team ratings are as follows:

And the final two games’ projections: 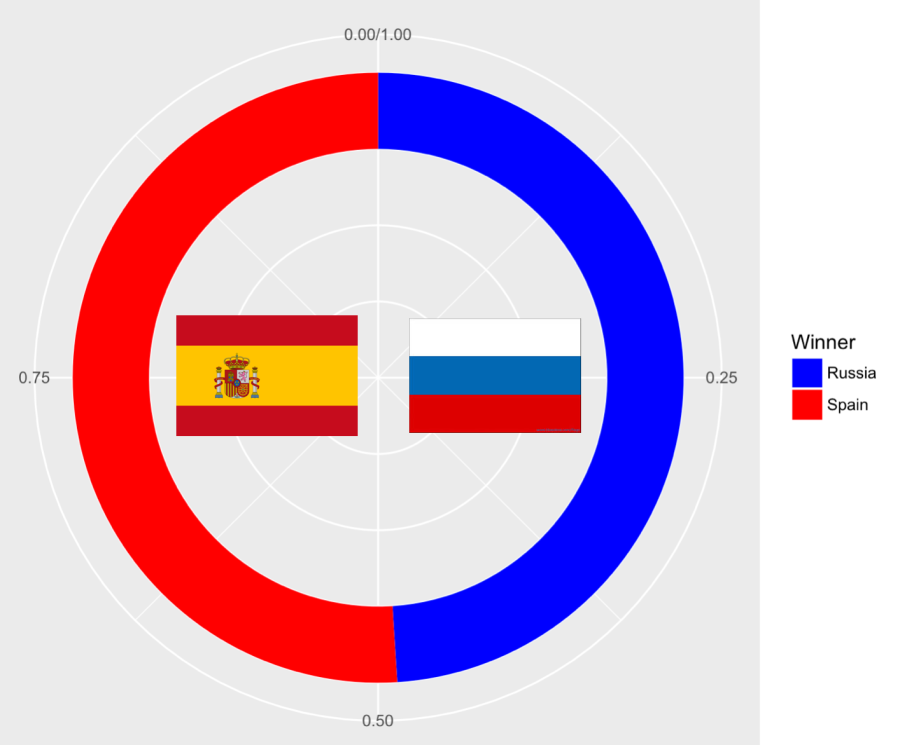 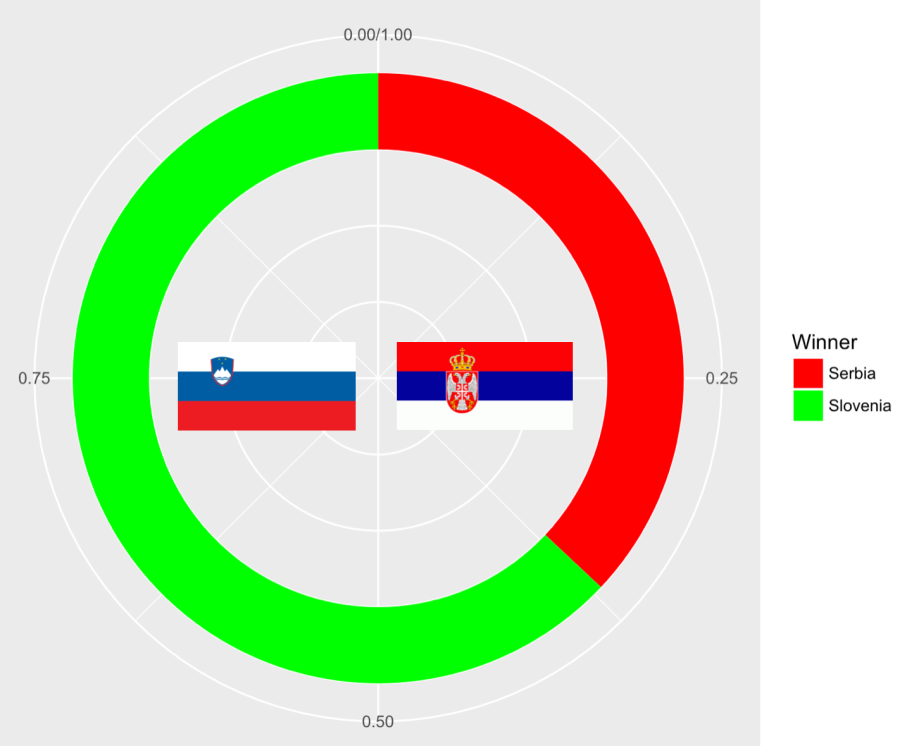 With the final over and Slovenia getting their first European title here is the final rating for the teams.  One of the tricky parts with these tournaments is that some teams have less games than others, and given that the total number of games is fairly small as well, there can be some noise in the ratings. For example, while Latvia is certainly a good team, it is ranked 2nd (made several wins and lost in a close game to the ultimate champions), which might look strange given that they made it only to top-8.

One thought on “Eurobasket 2017: Team Ratings”